VisualCodeGrepper is a SAST (Static Application Security Testing) tool written in Visual Basic. However, it supports the scanning and reporting on the following languages!

Since its free, I decided to run against an application I've been working on for the past few months. I've been periodically going though and fixing vulnerabilities I find using FindSecBug and since I wasn't finding anything new, I thought I'd give another tool a try.

Brew is an awesome package manger for macOS. If you've used apt-get or yum before, this is that but for macOS.

Wine is another awesome tool which lets you emulate a windows subsystem withought making you deal with windows. 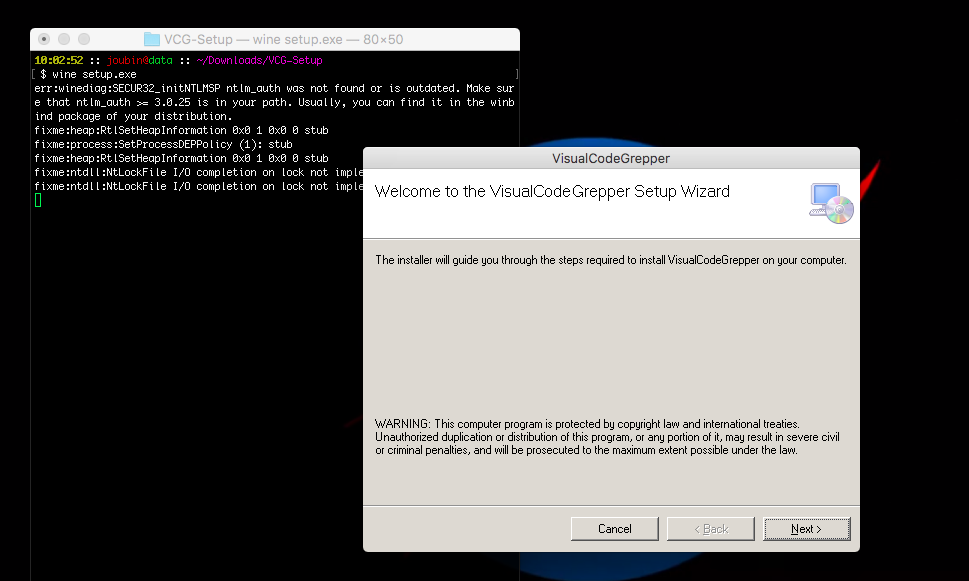 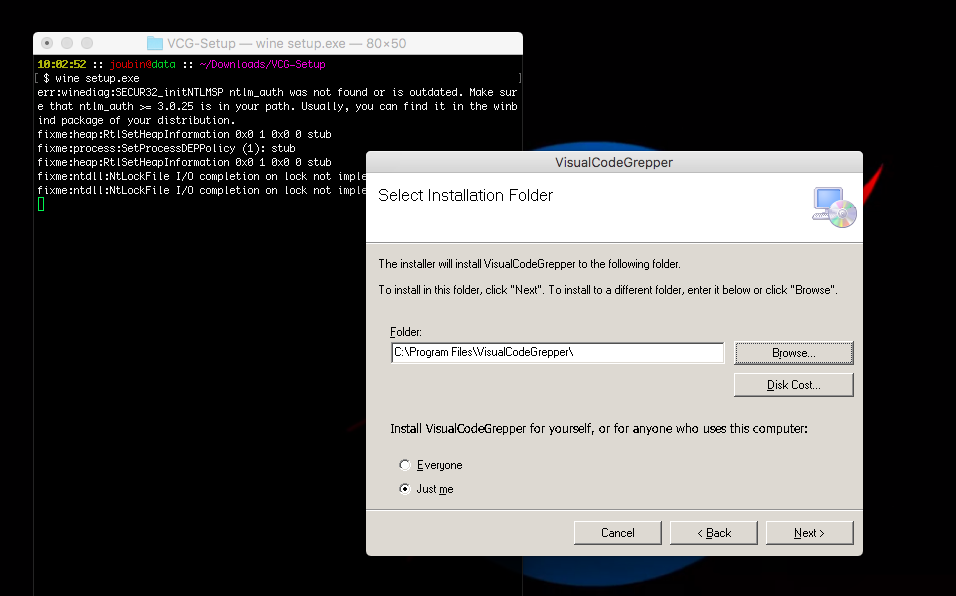 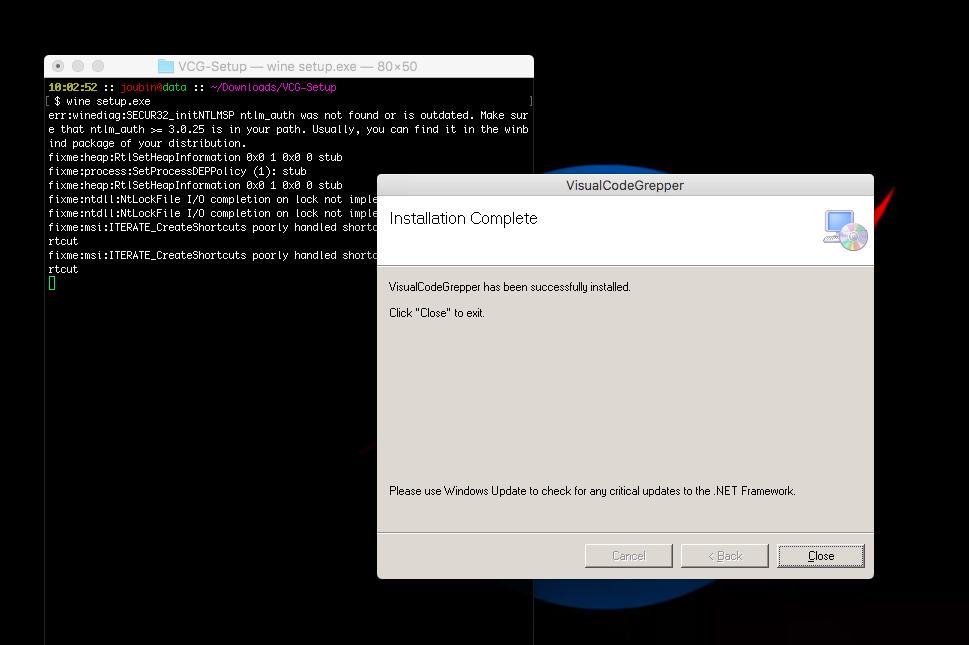 Get to the install dir

Help if you need it 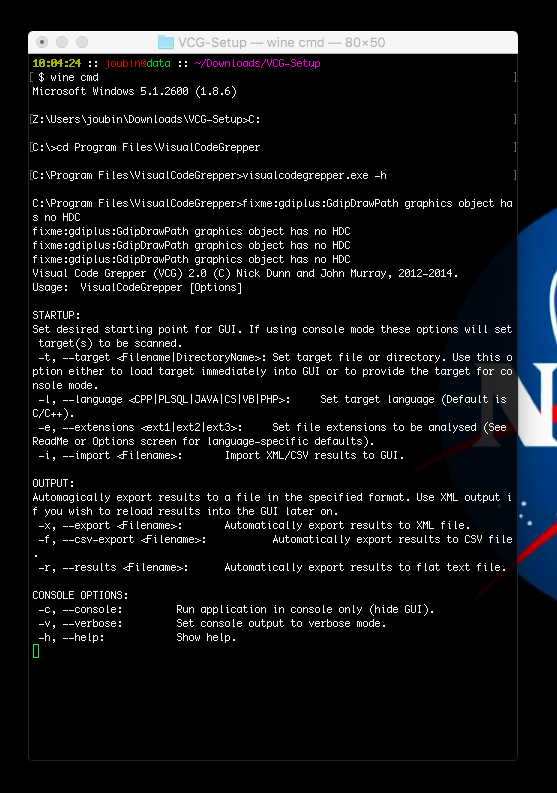 Then you get a result of something that looks like: